Saturn will move into the sign of Capricorn on December 19, 2017 at 8:48:43 PM PST.  This is a significant moment for us all as Saturn returns to his domicile in Capricorn.  Saturn’s last time in Capricorn was February 7, 1991.  Do you remember February 1991?  That was about 28 years ago.  The news archive show the mortar attack on Downing Street in London that day.  The article said,  “The British Government launched an immediate and high-level review of security in London’s governmental heartland of Whitehall and Westminster after an Irish Republican Army mortar attack on Number 10 Downing Street, described by Prime Minister John Major as a “deliberate attempt to kill the cabinet”. One of three mortar bombs landed in the Downing Street garden as the Gulf War Cabinet was meeting. Despite considerable damage to the windows, several of which were blown in, no one in the cabinet room was hurt. However, the attack highlighted ministers’ vulnerability to terrorist attacks despite heightened security because of the war. Three police officers and a civilian were treated in hospital for minor injuries.” *gulfnews.com today in history

I read the brief article and you would think it was just yesterday.  Our world is still chaotic just as it was then, though now we have faster computers and hand held devices, greater issues with climate change, 9/11 in USA as a trauma memory, bus, trains, subway and event bombings across Europe, prolific mass shootings in USA, France, Turkey, Norway and more, desperate refugees seeking safe land again, and definitely more people of all walks of life.  It’s almost daunting looking at all of it at once.  However, in the midst of all these horrific events babies were born, new grandma’s and grandpa’s celebrating their joys, amazing acts of heroism in everyday life happened, as well as new homes that bring warmth and comfort as well as more art and more music to cherish and remember the precious moments of life.  We don’t always have the abundance of good stories that happen every day in our news feed, sometimes we have to look within our life for a reminder.

What’s positive now compared to then?  We have moved a bit on the dial of equality and human rights with same-sex marriage legal in many countries that wasn’t recognized then.  We’ve come to understand our impact on environments to a greater degree and grass roots efforts have grown into larger organizations to help change how we co-exist, we are recycling more, and have more renewable energy.  We have seen advances in medicine such as stem cells for healing spinal injury and burns, face transplants and advances for ALS with a surge from donations from the infamous ice bucket challenge.  We’ve also seen changes in our governments and participation in larger communities (USA, Great Britain and the EU exit) that have fired us up about our governments, human rights and leadership.  We’ve seen horrific fires and flooding destroying cities, neighborhoods, buildings and many have lost their lives and we have been witness to these awful events even if through the Internet.  And most recently we are seeing the downfall of people in powerful positions that are accused of sexual harassment or sexual assault, and it seems finally there is a consequence for their actions, at least in losing their positions which also is a loss in future income potential from those positions.  The collective seems to have no more tolerance for such hurtful and criminal behavior.  We are moving the dial on some very important deep issues our society has in its history.  We do have a long way to go on these matters, and more, but do you sense the changing weather?  Do you sense a paradigm shift in bloom?

So here we are on the last degrees of Saturn in Sagittarius as we near the moment of zero degrees Capricorn on the 19th of December.  I wonder about our leadership and our systems, what is going down and what is staying, we will see a lot more dark stuff surface as Saturn comes home to Capricorn.  Saturn is about duty, responsibility and commitment and staying the course until the job is done.  He is about Law, karma included.  Saturn in Capricorn is not only the wise elder, but also the judge and the hermit too.  When Saturn is in Capricorn we all feel and experience this somewhere in the landscape of our lives.  Everyone has Capricorn in their chart depends on what house from the time and place you were born.  Astrology is a beautiful tool, a language of symbolism that will help anyone who is ready to learn about themselves and their engagement in life.  Astrology is understood through experience and awareness.

At the time of the ingress Saturn is conjunct the Sun in Sagittarius at 28 degrees 29 minutes and Venus at 23 degrees 40 minutes, Mercury is nearing it’s station to return direct a few days later from 13 degrees Sagittarius, so Mercury is actually quite intense in slowed down motion for the ingress chart.  What does that mean?  Intensification of Mercury in Sagittarius, is around truth and communications, speaking about boundaries, perceptions that may be distorted and also unclear.  Also Neptune at 11 degrees is square the Mercury in Sagittarius from Pisces so the communications are most likely cloudy and unclear, and it may require extra effort to be clear and direct, it also has symbolic meaning that some communications might be quite delusional!  Sounds like an interesting time, and not necessarily in a positive light.  Ah, but the shadow can teach us so much if we take the time to look at it, understand it, and what it can teach us about ourselves.  It begs the question of are we capable of unconditional love?  Can we love the darkest parts of ourselves? Can we love ourselves during our darkest hour to forgive ourselves?  If we do not acknowledge our shadow, it will come back again to remind us it is still there.

Our collective is going through a lot of change right now, especially with respect to the feminine.  See my earlier videos on Lilith shared on my blog*.  Black Moon Lilith is transiting Capricorn now through August of 2018.  She’s at 9 degrees Capricorn 27 minutes of the ingress chart, wedged between Saturn and Pluto, and the moon is also in Capricorn at 19 degrees and 19 minutes conjunct Pluto.  The moon conjunct Pluto tells us the immensely challenging situation for the feminine during this time, squaring Uranus at 24 degrees 38 minutes in Aries still pushing for liberation and a new way but also a marker for potential new trauma.  The square tells us that it doesn’t come without some serious challenges and possible surprises. We will see these themes grow while Saturn is in Capricorn because Capricorn is about hard work, principles, duty, and responsibility and we’ll be examining our systems that have allowed sexual harassment and assault to be so prolific and how it has been tolerated behind the scenes. We will be examining dishonesty, ehtics, our values are up for review in a big way.  Jupiter and Mars in Scorpio will bring more of it up for sure.   It is a critical time to address healing and situations that are hurtful, unfair, that are unjust and that hurt us all if we do not address them now.  We are likely to see new laws made.  It is the “critical hour” or it is the moment of opportunity, however you want to look at it is up to you.

Jupiter is square the nodes in Leo and Aquarius in the ingress chart emphasizing the shadow that is key right now.  We are going over deep dark stuff again to allow it space to be voiced, to be liberated, and some will have a deep lesson to work through over time.  Some souls will have a deep karmic imprint that will continue to be theirs to work on and evolve from as they go.  I’ve asked myself, what does it look like for the soul’s who are healing predator type behaviors?  I wonder what it looks like when they acknowledge their behaviors that hurt another and then when they process it where does that go, what does that look like?  I ask this question, because I ponder the possibilities for healing for those who have not been really conscious of the cost of their behaviors with others.  We have to envision them also capable of finding light from their dark, that they learned something from somewhere in their history and now they experience the consequence and have to climb the mountain on their own and reflect to find why they are that and finding forgiveness too.  It’s hard work, but all of us have the potential to heal and offer what we learned from our most grievous actions.  Every one of us plays a part in the evolution of consciousness.

I thought it would be interesting to consider the Sun’s Sabian Symbol for Saturn’s ingress chart into Capricorn.  The Sabian Symbol for 29 Sagittarius is “A fat boy mowing the lawn”.  Well that’s interesting, even if we’re out of shape we can still get up get back in there and do what needs to be done.  Blain Bovee says, “So even if you’ve lost everything, even if everything has collapsed, you can still bounce back and get in shape.  You can still find the inner energy to start again.  You can still trim away the excess fat, get a haircut, draw on your natural resilence to get back into action.”  Indeed, Saturn in Capricorn, get back to work.  Sharing this with love.  Coming soon, Up the Mountain –  Saturn Returns in Capricorn.  Now off to whistle while I work. 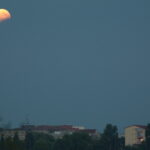 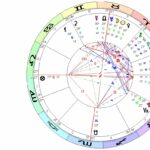 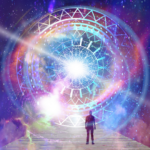