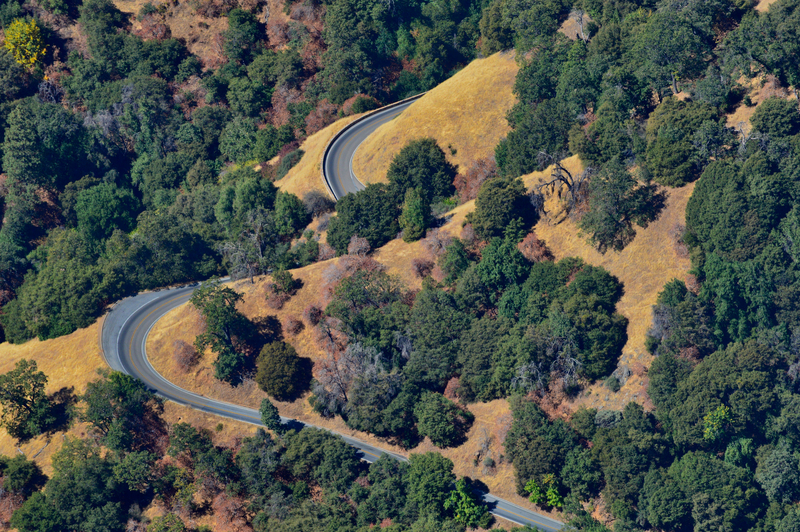 Sunday, August 8, 2021, at 6:51 am PDT we enter a new lunar month with the Sun and Moon united in Leo at 16 degrees 14 minutes.  Uranus at 14 degrees 44 minutes of Taurus squares this Leo New Moon, which shapes our month ahead with uncertainty and even unpredictable events and experiences for many.  We are called to operate more from our hearts because it holds our deepest truth.  Spirit REVEALS TRUTH via our HEARTS. The mind can betray us so easily. The labyrinth of life sometimes brings something we never imagined and yet, many years beyond the experience we are struck by how dynamically it changed our direction.  We use our free will to plan, but no one, not one soul really knows their destined point because the journey is filled with unexpected turns in their path. However, the path is still THE path — so how is that, how does that work you may ask?

Well, I think Uranus is an important part of that from the lens of astrology.  Uranus is the planet that truly is unpredictable — only that you can “predict” that something of its nature is timed in wheels of the sky turning.  You will get experiences that are marked by the cycle of Uranus every 21 years when it moves to square your own natal Uranus.  Consider the full cycle of Uranus as 84 years, for one trip around the Zodiac from the placement it was at your birth.  Ever wonder why “middle age” between 38-44 is marked as the mid-life crisis?  Well, that period of time is rather heightened with Uranus in an opposition in your individual experience, in addition to Saturn in its opposition too — a double whammy of sorts.  One to break conditioning (often we play out something to understand ourselves (often painful) and our inner world and our shadow is more visible to us for our next stage of soul growth.  Astrology came to me through dreams first before I was introduced to it through a co-worker seven or eight months prior to actually getting the synchronicity that it was my path.  I was in the period of my Uranus opposition waking up to something I never considered my path in my 20’s or early 30’s, it arrived the spring of 2010 when I was forty.

What do any of my Uranus transit experiences have to do with this New Moon in Leo?  It carries similar energies.  Expect the unexpected.  Unexpected events spill us into new directions.  How is the experience LIBERATING you?  Are you in alignment with whatever IS or is it so shocking it is painful? All good questions and it can depend on how you engage with SPIRIT in your life.  This New Moon in Leo has Mercury in Leo at 23 degrees highlights us sharing from our hearts, however, Mercury is opposite Jupiter in Aquarius at 28 degrees (a reminder of the continued social distancing of our present-day reality) and Saturn at 9 degrees retrograde in Aquarius which is also square (widely) to URANUS in Taurus at 14 degrees (a 5-degree orb).  Uranus in a T-square scenario (widely) with Saturn and the New Moon and Sun in Leo.  Some might argue because the degrees of their positions are relative to the orb, but they are INTENSE and Uranus is the disruptor no matter which way you slice it.  Often Uranus breaks old conditioning, or it may take a few experiences for the old paradigm to fall away.  Uranus is designed for that material, mental, spiritual plane “break-up” so something new has SPACE to EMERGE with new growth.

Saturn in Aquarius is retrograde, so there is still an inner focus, or perhaps a focus that others would not see yet.  Saturn will eventually station direct and the inner focus can shift outwardly, and really set new foundations in the material world.  This happens at the individual soul level and the collective groups of souls incarnate now as well. We are indeed connected, and yet we all have individual responsibility for what we give shape to for life.

Right before the full moon in Aquarius on August 22nd Uranus will station retrograde at 14 degrees 48 minutes Taurus.  Essentially Uranus is heightened as its perceived speed from our position on earth is slowed to a stop.  Uranus in Taurus will trigger something when the Moon (the fast-moving object for us) transits square, trine, opposite and conjunct its position in Taurus. This is one of the ways to use astrology, to bring it to your life and understanding through exploring the archetypes that are most dominant in a given period of time.

Venus is at 20 degrees 58 minutes of Virgo, and Mars at 6 degrees 6 minutes of Virgo. Both are in a trine by element (earth) with Uranus in Taurus. Mars is building in the trine to Uranus, whereas Venus is separating from the trine at the New Moon.  So as we near the full moon and when Uranus is completely stopped in its station for retrograde, Mars will be the planet of these two that through ACTION drives the response.  Mars in Virgo is details, skilled work — so you can see that whatever unexpected experience brings the response includes our attention to the details or fine print.

Neptune in Pisces at 22 degrees 42 minutes retrograde is opposite Venus in Virgo of this new moon chart as well.  Two things showing volatility.  Venus rules Taurus (and Libra) opposite Neptune a dissolving force (or creating the desire to escape) and Uranus in Taurus heightened by the coming retrograde brings A LOT OF CHANGE for Taurus ruled things (property, food, food distribution, money, and currency values, as well as for cryptocurrencies, markets).  The volatility triggers for some people given what we have collectively experienced new anxieties related to being safe and stable.

The astrology of this new moon reflects back to us (astrology is a reflection of reality not the creator of it) that collectively we are in a month of uncertainty being highlighted — and this pulls us back to what we are all dealing with collectively still and that is the pandemic related to COVID-19 and the variants that are surging even as I write this.  It’s not a time for sugar-coating it with pretty pictures — sometimes you have to look the “bull” in the face and see it for exactly as it IS.  That’s acknowledging the present situation with a healthy lens of what we are all managing day-to-day. It is also a reminder we have collectively been managing this “unknown” for many months, in humans that creates exhaustion, fatigue, and depression that can ebb and flow.

Saturn stations direct October 10th at 6 degrees Aquarius so there are several weeks left in its retrograde.

Restrictions are likely being moved in and out of phases this month, Jupiter is retrograde in Aquarius and to me symbolizes this continued social distancing within the collective — being in Saturn’s sign — but co-ruled by Uranus (modern).  It’s going to be interesting what new mandates appear.  Even with vaccinations, people can be infected with the variants, but with a less severe experience as I have read. The North Node in Gemini at 7 degrees 13 minutes is conjunct and applying to Ceres the dwarf planet.  Ceres is uniquely powerful, in Gemini, this symbol brings information that we can better understand our situation and our health, nutrition, our agriculture, and even our grief related to misinformation too.  Mars is square the lunar nodes, so the criticism that bubbles to the surface will be hard and fierce too.

Last is Pluto, currently at 25 degrees Capricorn 3 minutes retrograde, trine to Venus at this new moon.  A transformation signature as well, three signatures for change for Taurus ruled folks.  Astrology can give you the view, your chart (with knowledge of your time of birth) gives you the area of life (houses) where the transformation is happening.  Where is Taurus in your chart?  Book a reading and dive in to explore this dynamic.  What gems of self-awareness will surface from your dive?

May this month bring you a-ha moments that liberate you from any stuck places.  Namaste. Bless this moment. 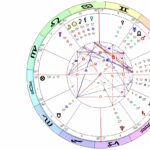 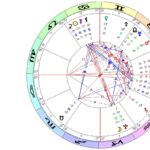 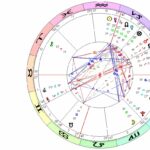