This September 6th, 2017 at 12:03 am Pacific Daylight time we have a full moon in Pisces at 13 degrees 53 minutes in close conjunction with Neptune in Pisces at 12 degrees 49 minutes retrograde.  Pisces is the place of dreams, our connection to anything outside of time, other realms and the energy of the mystic.  It is the symbol of the two fish, connected at the tail, a symbol for life in our third dimension with the pull of two opposing polarities. Full moon in Pisces enhances our draw to escapism or spiritual pursuit for connection to something greater beyond this plane.  Pisces is a mutable water sign, so we are likely to see more events around water concerns (too much or too little wherever you may be), but also this can be a moment of deep devotion and connection if we make the space for stillness.  When we take time to disconnect from the noise of life and turn our attentive hearts to stillness within we’ll amplify this energy and feeling of connection.  We may find we are spending our time during this full moon focus on a humanitarian effort, or amplifying our time in prayer for those suffering in recent life events.  Lastly, the full moon in Pisces so close to Neptune can also be a time of fog head, forgetfulness and utter confusion!  Keep a list, you may forget something!  A great time for dreams and asking for insights from your higher self through your dreams, I’ve found through repeated dream work there is a treasure trove within the symbolism of your dreams!

Mercury is right on the eclipse degree at 28 degrees Leo 28 minute and is still in slow motion after stationing direct on September 5th, so Mercury’s energy is acting as a very strong trigger on the total eclipse degree.  What may come from you for creative self expression this full moon?  Pisces is also great for painting; maybe you’ll grab your watercolors and create something that truly expresses your energy and aliveness right now.

Mars is nearby Mercury just passed Leo into Virgo at zero degrees Virgo and 34 minutes.  In Virgo, Mars may be critical, but if you give it a good channel it will be good to align with it for projects and physical works that need attention to the smallest detail.  Mars can also be having courage to take action for your health and nutrition.  With both Sun and Mars in Virgo, I imagine a lot of tedious work can be done with this duo, though as Mars moves under the beams of the sun one may get sidetracked by energy loss or feeling like you need a boost.   Notice what grabs your attention, you may just want to have an hour or two of daydreaming.

Mercury in Leo, Jupiter in Libra and Chiron in Pisces are near forming a Yod (Hand of God) with the apex of the Yod as Chiron in Pisces.  This focused combination may be where healing is to be done in our relationships and how we communicate with each other, how we can be self-expressed without creating suffering of another. Pisces people really feel everything and also have big hearts and a healthy Piscean will want to help others, sometimes there Pisceans who are perhaps in the need of such help depending on their life experiences and choices.  Chiron teaches us that sometimes to have the grace to sit with a deeply wounded soul requires that you’d made a way through a similar path and can turn to offer your hand in helping another with wisdom and a depth of compassion that exists in you for having been through the difficult healing yourself.  Love finds it way into those who suffer from those who’ve been there, have you noticed that much?  The empathy is genuine and deep.

Venus in Leo right now is approaching the North Node signaling a time for new relationship potentials. Leo Venus likes to be seen and notice for beauty.  It’ll be noticeable in our media, watch especially for hair to be magnified now with Venus in Leo.  I love watching the tides of astrology turn on in the media flow; it really is like watching the cosmic clock flow through celebrities or the masses.  I joke a little, as its all part of the stage of life.  Venus in Leo shows love in big hearted and bold ways.  I’m sure you’ve seen a bit of Venus in Leo recently with stories of love and passion too.

Saturn is still in Sagittarius at 21 degrees 17 minutes, been at this degree for several weeks.  Now moving forward we get traction on business and projects that may have been tied up or of track during June, July and August.  It’s within a degree of the Galactic Center.  (Center of our Milky Way galaxy).

Uranus is at 28 degrees Aries 04 minutes retrograde through end of the year and into first week of January of 2018.  It’s in a trine with Saturn in Sagittarius and Mercury in Leo and the North Node.  Fire energy moves, it’s the driver and it creates a lot of movement.  With Mercury there we are thinking about it, our perceptions are influenced by this fire energy and we feel empowered to make a difference, be committed to something bigger than us, to speak from our hearts and be the change makers.  We have a lot of support in the heavens to make changes, support others and in doing that we help ourselves too.  We only have to allow for it to show up in so many different ways.  A great time to feel the passion and express it deeply through our hearts!

We have Pluto in Capricorn retrograde at 16 degrees 58 minutes.  It stations direct on September 28th, a day before Mercury enters Libra.  Pluto continues to work on the deepest transformation of the status quo as we’ve known it, especially in the United States, as I’ve discussed in other posts as we’re nearing the United State’s Pluto return.

It’s been an interesting two weeks from the total eclipse of the sun to this coming full moon, so much has transpired and we are constantly reviewing and responding (or reacting) to the world that is unfolding.  Empower yourself whenever possible, be there for others and help where you can right now, it is true to heart of the total eclipse in Leo, but also builds up your feeling (Pisces) and faith about humanity when you act with love.  Being a symbol of love actively amplifies it and sends it along a path to open hearts along our way and then we live now and embrace all of life.  Namaste. 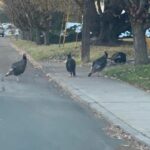 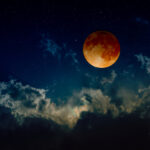 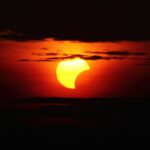