Today Mars stations direct at 4:38 PM PT after being retrograde since April 17th. Stationing direct in Scorpio at 23 degrees 04 minutes.
It is a moment many of us have been longing for to move forward after a period of inner focus with Mars in retrograde, examining past
experiences and a pull into ourselves and that isn’t always an enjoyable experience as we often have to deal with parts of ourselves we may
have put aside or surpressed that we didn’t have the courage to present to the world or that we didn’t feel safe to express for ourselves.
Now as Mars moves forward again we are looking at a ourselves, our close relationships and our community and even the bigger picture with a
new set of eyes after this duration of inner reflection or observation. Where are you making plans to act on now? Where are you going to
show up with courage? Did you stall in a project or physical fitness plan during this time? Did you revisit past traumas with new approaches or
perspective? Who will be a part of these new actions and seeing the empowerment of your will? Now going direct you may find you have new energy to tackle things you haven’t in recent months.  Mars is our personal planet that symbolizes our will,  passion, action, sexuality and courage as well as our anger, frustration and rage too.

We’ve all read and heard recent stories of violence (Orlando and several others, alligator attack, Istanbul bombing), chaotic changes and situations (Brexit vote to leave, Democrats House sit-in protest) that have taken place around the globe and close to home.  Looking into some of these events one will see other larger forces at play such as Uranus-Eris-Ceres conjunct in Aries inconjunct the Mars station degree 23 Scorpio.  You can dive deeper into these events here and here.  What we don’t often hear are the stories of the first responders, the courage of a stranger to save a life, the precision of an exhausted surgeon, the neighbors and friends supporting someone’s unimaginable loss that we all know happens in these challenging times too.  The moments require our compassion and our extra diligence on tuning into spirit to not let fear grow in us in such challenging times. I have observed myself during this time how fear comes into thought patterns pretty frequently and my unsettling feeling of unknowns when violence surges, or chaos that brings unexpected significant changes to millions of people. It takes extra effort to release fear, the fear of the unknown and tune myself back into having faith in life, trusting in being a part of life and reaching within for my greater purpose.  Some days require more courage than others.  I remember then that within my personal sphere of life is where I make the biggest changes to the whole. In the simplest way, whenever each of us chooses love over fear we improve the whole. This has been a greater task at times during the past few months. Perhaps there are others who faced fear in similar fashion and are making conscious efforts to move through it, and move yourself into new energy, perhaps a feeling of healing too.

Thinking back, Mars was on this point of 23 degress Scorpio on February 17th, so this heightened inner view and focus began four months ago and will leave the degrees he began the retrograde on April 17th at 8 degrees 54 minutes Sagittarius later this summer August 2nd. Anyone with personal planets and angles in early mutable signs (Sagittarius, Pisces, Gemini, Virgo) and late fixed signs (Scoprio, Aquarius, Taurus, Leo) depending on aspects with other planets in their personal nativity will have their own unique experience across the themes of life (the houses of the zodiac).

We have a new moon on Monday, July 4th at 4:01 AM PT at 12 degrees 54 minutes in the sign of Cancer, setting us into a new lunar month. In the cardinal sign of Cancer, ruled by the Moon, it will be a month where the archetype of the nurturer, the mother, the healer will set us into a space for deep feeling and with Venus and Mercury also in Cancer we’ll express this in our closest relationships. For our Independence Day celebrations on the night of July 4th we’ll feel more of a kick in our step with Mars moving forward and a new moon to set our new intentions! Have a safe and joyful holiday weekend! 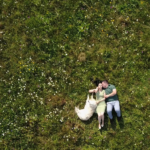 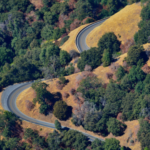 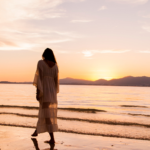